What are some of the best or must play Missions out there? 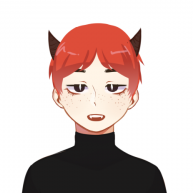 By PATRiCKFBiMetalThief,
July 4, 2016 in Fan Missions