What if the visibility meter can remain the darkest ONLY when you stand still? 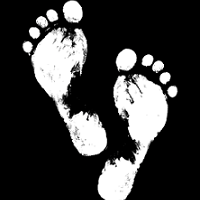 By Loginnerer,
November 23 in The Dark Mod