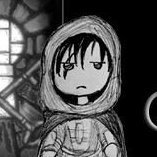 Lets do a "The Dark Mod Launcher" contest! 😄

Getting close to what I want, just need to finish implementing notes and rating, it will read the FMS folder and gather the info and will launch whatever FM is selected fine.

Just make sure it's rewritten using Rust, that's what all the cool kids are using these days apparently.