Can every1 pls update his FM with a saveroom possibility on hardmode like in the Kingsals latest FM? 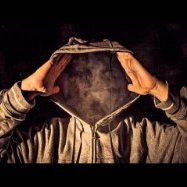 I'm using the new save room feature in my next mission, but I changed it so that I really only have 2 difficulty levels with a third being the save room option. That way people can just pick and choos

It's a mechanic thats only enabled on the higher or highest difficulties. It's only a problem if you want to play on Expert difficulty. Goldwell's way of handling that was to only have 2 difficulties

Every FM should have a SR as an option on hardmode. This saveroom option is what the Dark Mod needs IMO. I know its a designchoice, the map has to be build around it, but it is possible to add it late