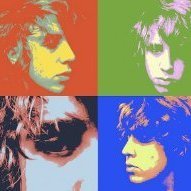 After several months of hard (although very enjoyable) work, I’m proud to announce the release of my first FM - “Cole Hurst 1: Eaton”. Mission description In the northern town of Eaton

I can't remember a DM mission ever feeling so lively. That has to do with the fact that bwyan was incredibly creative with the resources available. Countless figures carry out extra animations /

It was indeed intentional that Braxton and Zelmer's keys both open many of the same doors with some few exceptions. I could perhaps lessen the crossover somewhat in a future update. This is a g